The Tip of the Spear with Matt Berg of Ona 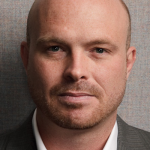 Aid, Evolved
The Tip of the Spear with Matt Berg of Ona

Today’s episode is a far-ranging conversation with Matt Berg, founder and CEO of Ona. We peel apart the many layers of Matt’s life as an immigrant, a celebrity, a geek, a maker, and a founder. We marvel at all the crazy technologies we thought might work in the 90’s. We hear the surprising role music had in bringing Matt back to this continent. We unpack how Matt drew from talent in Africa for Africa, when he founded Ona.io jointly in Kenya and the United States. In the second half, Matt highlights the untapped potential of new satellite imagery to help us reach people in the most remote parts of the world.

Prior to founding ONA, Matt led a social enterprise initiative at Columbia University’s Earth Institute, where he served as ICT Director for the Millennium Villages Project. He has previously been Technology Director for ChildCount+ and a member of Columbia University’s Department of Mechanical Engineering research group in the Fu Foundation School of Engineering and Applied Science.

Matt was born in Cameroon, grew up in Senegal, and has worked in Africa for 15+ years. He is a PopTech! Social Innovation Fellow and was named to the 2010 Time 100 List of Most Influential People of the World. Matt has an MBA from the Thunderbird School of Global Management, and has taught ICT4D at the School of International and Public Affairs (SIPA) at Columbia University where he was adjunct faculty.

Building a Team in Africa

Rowena: Do you have any guidance for other organizations that might be looking to leverage talent in Africa, from Africa? Particularly coming from your professional career in the United States, what are some of the ins and outs of building a strong software development team in Kenya that can develop software for the continent?

Matt: I think it’s just about building a strong team anywhere. So, I spent five years there. I have Dickson Ukang’a, my co-founder, based there. Whether it’s in Kenya whether it’s in Illinois, whether it’s in Zimbabwe, you just have to invest in where you want to work and with the people you want to work with. Trying to hire people from a distance randomly, and not build that team and that engineering culture. I think that would be the harder thing. You can’t just fly in. I think that would probably be the main thing.

Rowena: One of the things that you did do is you invested the time, as founder and CEO, to go to Kenya and spend time really getting to know the local talent. I imagine it’s much harder if you think you can sit in DC and have a world-class team in Africa, but not spend any time there.

Matt: Yeah. And I think the big thing is we were lucky in that we had great talent. So Dickson, and our CTO Peter, are always going to be higher calibre than most people we meet. So that was really motivating for people that we were recruiting. And then we just went into it saying we’re just going to build a great team. We didn’t really have any other assumptions and treated anyone differently.

Staying on the Cutting Edge

Matt: That’s a great question and our blog is…. it’s basically highlighted our lack of talking about all our other work. Which is something we’re trying to work on… we’ve been pretty bad about advertising what we do.

Rowena: Hah. Well, I’m a techie, so I love the tech blogs.

Matt: Yeah, that’s great. So that’s really been the leadership of the tech leaders in our team. But then also now just our culture. Now we have a site reliability team, so we’re doing a lot of automation. It’s like kubernetes, things like that. There’s just a culture of we want to do automation, we want to do all the different best practices that software companies do.

A lot of our early time we spent, prior to Ona, working with ThoughtWorks, so I learned a lot about how they operate which I think really formed our mental model of how software companies work. Because they’re the best at it, in a lot of ways, in terms of their processes, etc.

So I think I think it’s creating that culture where we want to invest in some of the newer technology and leverage it and that’s a chance for people to learn. I think this is one of the reasons why people stay on, because they can keep on learning and expand their skills, so it’s been a big part of our internal tech culture.

Rowena: Yes, that makes sense. I guess from the outside looking in, I wonder, is there anything about your university connections that also helps you to get the latest insights into the latest trends? Or is it very much the Kenyan team that’s driving all that?

On the tech front, we have a culture, our leadership team, the senior geeks in the company, are pushing this agenda, about what’s coming now, how should we leverage it, etc. I don’t even know what Kubernetes is anymore. I’m so old. But how do we leverage things like that? So that’s one side.

I think the other side is – which is more of the university side – is what I think my contribution to the space is, being a strong technologist, but then also understanding the more macro level issues and trying to connect those dots.

For me being at Columbia, that was a unique opportunity. I really was working with some of the best nutritionists in the world, some of the best solar engineers, some of the best economists and I was able to help connect those dots. I think Innovation comes from being kind of like a pebble between a bunch of boulders, kind of getting rubbed around..  so anyway, it doesn’t happen in isolation. That is something culturally that has stuck with us from the university days.

And that’s sort of where we’re always trying to seek… we seek to be the tip of the spear in a way. Basically how can we use technology in ways that are maybe a little avant-garde, maybe sort of creating the market for it as we go.

Rowena: What are some examples of that?

Matt: One of the core issues of, say, the Percent of kids we mess is knowing where people live  and ensuring we get to those people right? And the thing that’s happened over the last couple years that’s been amazing is availability of high resolution satellite imagery and also, we now have access to high quality imagery of the world now.

Mapbox just bought from DigitalGlobe the top level quality so you can see individual households or structures across the whole world. I think the only place not covered is Greenland and Antarctica. That’s okay for our needs.

Rowena: Awesome. That’s amazing. I remember being in Dar es Salaam in 2009 and when you’re looking at Google Maps in the white area, in the area that’s populated by white people, the neighborhood and all the streets had names. They’re all labeled. And then the moment you cross into the next neighborhood there weren’t any streets. So you can imagine how much that’s changed in the past 12 years.

Matt: Yeah. There’s projects like Grid3, which is out of Columbia, where they’re trying to use that kind of information, and census data, to develop gridded population maps, which you can use to estimate populations and map buffers around facilities to do things like micro planning…

Matt: Micro-planning is if you’re developing campaigns for, say, an immunization. So it could be for Polio could be for the COVID-19 vaccine coming up, developing a plan to ensure equitable access to those services or vaccines. So it’s like, how do people get to health facilities? Do you go to outreach, or do you go to health posts, do you go to mobile brigades? What are the different strategies for reaching people?

Rowena: That makes sense. So anyone who is looking to get a vaccine out to the last 20%  would use a tool like this to make sure that they have coverage for that last 20%.

Matt: The main thing here is that we now can now see where people live. So we can see the hamlets. e.g. For polio, say we have hamlet busting to make sure every little cluster of people are found and visited. And then for services, we’re using this for IRS (indoor residual spraying) to prevent malaria, or bednet distributions to prevent malaria.

We can make sure that every household in the community is visited, right? So now it’s like a “paint by number.” You have that math to know where to go. It’s a really great starting point to know where they are. You aren’t missing people, right? We never  had that information before so.

A big focus for us is building the tools and the mobile apps that allow us to download all those structures and then say, “okay, visit everyone and collect that data for monitoring.” It’s been super exciting to work on this over the last couple years.

Rowena: For sure. That integration of satellite technology with the geolocation piece is a tool that’s highly underutilized in the aid sector. As you mentioned, the satellite imagery has only been out for a couple of years, but it does address that gap towards  equal access which is what the aid sector exists to address.