BongoHive: Building the Zambian Tech Sector from the Ground Up 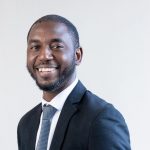 Aid, Evolved
BongoHive: Building the Zambian Tech Sector from the Ground Up

Lukonga Lindunda is a startup ecosystem builder. He is Executive Director and co-founder of BongoHive, Zambia’s premier tech incubator, that is changing the landscape of entrepreneurship in the region.

Lukonga is a Mandela Washington Fellow and has 15 years of experience working with entrepreneurs and development partners. He began his career providing technical assistance in aid sector programmes with Education Development Center (EDC) and VVOB. In 2011, he founded BongoHive with three colleagues after noting a gap in the support young entrepreneurs needed to bring their innovative business ideas to life. Since then, Lukonga has steered BongoHive to nearly 1300 Startups and MSMEs harnessing over $2 million in resources to support their growth since 2016. BongoHive have been featured on global and regional media outlets such as CNN, BBC, Al Jazeera, TechCrunch, and many others.

In today’s conversation, Lukonga recalls the founding story of BongoHive. He looks back on the early approaches he took to generate revenue and pay the bills, as well as the different sectors and services BongoHive has offered over the years.

The story of Lukonga and BongoHive is also the story of how the tech sector in Zambia has evolved over the past ten years. It is a case study that illustrates many of the challenges of building the tech sector in low-income countries in Africa: the essential pieces of missing infrastructure, the limited options for funding and talent, and above all the unfaltering grit of its founders.

If you’d like to hear from other ecosystem builders like Lukonga, here are a few similar episodes worth checking out:

Lukonga: There were more questions than answers. And in that, my experiences and experiences of my other co-founder, Bart, who I was working with at the non-profit VVOB, got us to a place where we were wondering whether the work that we were doing was – well we love to use the buzzword – sustainable, right?

Lukonga: So if you solve a problem now as a nonprofit and you come back five years after the project has ended, would you still find your solution working?

The great thing was Bart had such great experience working on different continents that he was able to reflect on all the work that he had done. And he got to a point where he was also a little frustrated from my perspective as well, having had at that point probably was like five or six years of experience in the nonprofit space. I was also now thinking about how Zambians become the creators of solutions and how nonprofits become enablers of these solutions. And it got us to a place where we were questioning what models would work so that we’re not at the center of this change, but that we are creating platforms where people who have ideas or have solutions can be supported in the inception of the ideas and the growth of the ideas. But that we take a back seat and we get comfortable with the fact that we are not the experts. And in looking for the platform or model, that would work, then we came across the model of innovation hubs, which were in 2011.

Lukonga: Early days on the continent. So everyone was so excited about these physical spaces where young people could get access to low cost Internet or free Internet, access to a community training, all these things. So the concept of a hub itself, I mean, just just by definition, bringing all these resources together so that the people that are accessing these resources move from one stage to the next stage. Hopefully that’s progressive, right? And so at a conceptual level, it was just how do we create this space? Because we know we have we are seeing gaps, but we can’t just sit back and assume that someone else will come and figure out things. And so we decided, okay, let’s try this, try this model. That was the birth of BongoHive and from the two founders, myself. But we had the opportunity to then meet other like minded individuals who also became the co-founders of BongoHive. So then Simonsen Selassie joined the team and then together we started building this. And that’s, you know, that’s the journey that started from from just that, that thought, that thinking process here.

Rowena: So many questions, Lukonga so many questions. You went over a lot very quickly there. Can I ask so you mentioned the thing that got you in this space was this idea of building out the Zambian ecosystem. And, you know, I definitely get that from from an academic perspective. But for you personally, how did that need manifest itself in your life? Were you working on projects where you didn’t see Zambian talent being properly used? Like what? You know, when you’re in a job and you’re getting a paycheck and you’re comfortable, it’s very easy to stay there. You know, like what was what was what was the call to action you saw in your life where you were like, hey, like, I believe my, you know, my my Zambian countrymen need a little bit more than they’re getting right now.

Rowena: Oh, it is. There’s power struggles everywhere – especially in the nonprofit sector.

Lukonga: Exactly. So if I say a USAID funded project. Right. So it’s it’s U.S. taxpayers money, right? So it has particular interests. And how that money is deployed is all based on a number of people that sit down, do whatever they can to figure out how this should be done, how it should be implemented. And then you’re sitting there and you’re thinking to yourself, okay. At which point in my part of the process, right, at which point do I take charge of this process so that my voice is important?

Lukonga: So ten years ago, we were questioning these things like, okay, so if you’re flying in from the US, how do you know exactly that you are solving a problem? Like you said, if

Rowena: Do you know?

Lukonga: Yeah. Do you know? Right.

But we’re all being paid. It’s a job at the end of the day. So now balancing the fact that okay, yes, I need this job versus in the long term, how as a local am I actively engaged or involved in this process of actually solving these problems? Because there’s lots of money and yes, it solves for problems, education, health and all those things. But it was it was also really just a question of how can we as as locals be involved in this process as opposed to the way things have been done? And and having worked within NGOs, I knew I felt it. I experienced experienced it. And for me, it was about not taking power from the NGOs in some ways and giving it now to the people that experiencing the problems and hopefully that they can come up with long lasting solutions. But again, not necessarily that you are conceptually saying, yeah, local, local solutions and local people, but it comes down to partnerships as well. And you will see later on when I talk about why we have 20 plus partners in the work we do because we also recognize that there’s so much that you can gain when you work together as opposed to sitting back and thinking, Yeah, I know everything, you know, I have all the money, so I know I’m right to, you know, I may not know everything.

So how do I work with others to make sure that we do things right and also that they last a lifetime?