The Future of Pharmacy with Samuel Okwuada of Remedial Health 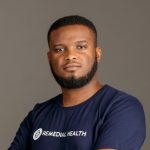 Aid, Evolved
The Future of Pharmacy with Samuel Okwuada of Remedial Health

In the heart of Nigeria’s COVID-19 surge in 2020, Samuel Okwuada of Remedial Health started receiving a string of phone calls from local pharmacies who were struggling to get stock during lockdown. They needed Samuel to deliver more essential medicines, in smaller quantities, to more locations, at the same or lower costs. This is an impossible equation for any traditional drug distributor to balance – but when it became clear they had no other choice, Samuel knew it was time to create something new.

This is how Samuel Okwuada pivoted his prior venture, a brick-and-mortar wholesale distributor, into a HealthTech startup that is setting new standards for delivery quality meds, reliably and efficiently, to pharmacists across Nigeria. Today’s conversation is a case study on how small pharmacies in Nigeria have historically acquired their stock and how this approach is being disrupted with new technologies.

While improving health product distribution has a massive potential for impact, it is also a market rife with challenges, politics, and delays. Samuel recalls how, in order to receive regulatory approval for medicines distribution, he needed immense patience and resourcefulness. Patience, to wait the 2 years needed for government licensing, and resourcefulness, because in order to get licensed, he needed to finance an operational warehouse for 2 years with no revenue. Here we see the speed of technological innovation juxtaposed against the pace of brick-and-mortar operations. But Samuel knows there is a better future ahead and is paving the way for that future: one in which Nigerians can rely with confidence on their local pharmacies to provide high-quality meds when and where they are needed.

Remedial Health is connected to more than 100 pharmaceutical manufacturers and suppliers, including GSK, Pfizer and Astrazeneca, as well as Nigeria’s Orange Drugs, Emzor and Fidson Healthcare. Earlier this year, it was one of the African startups that took part in the prestigious Y Combinator programme, the most successful accelerator program in the world. It also banked US$1 million in pre-seed funding to power its growth.

If you enjoyed Samuel’s story of launching a tech startup in Africa, you might enjoy hearing from these other founders:

Samuel: Fast forward to COVID. There was a lockdown in Nigeria. Hospitals and pharmacies were allowed to operate. As in other I think other countries pretty much did the same thing.

Samuel: It’s COVID. You can’t allow markets to operate during COVID. It only makes sense because people are going to mix. So these markets were shut down, but pharmacies and hospitals were allowed to operate.

So it was like a perfect Catch 22 situation. How do they get the medicines that they need to sell?

Rowena: Yeah. I imagine the hospitals must have been in a terrible situation at that point. Like when they reopen, they wouldn’t be able to get their commodities at all. And if you don’t have commodities, what are you what are you going to do? You can diagnose, but you can’t treat.

Samuel: It was a precarious situation.

Samuel: But because of this situation that we had, people were finding our website, finding my phone number, finding my email address and saying, Hey, I would typically buy your ciprofloxacin from

The market. You know, the market is shut down. Can you get your ciprofloxacin to my pharmacy? And I’m thinking because.

Samuel: Because we were a wholesale business, I would sell 5000 packs of Ciprofloxacin to one of these distributors in the market and then a pharmacist calling me to ask for five packs. It’s not worth my time!

But within a week, I had gotten maybe seven of such requests.

Samuel: And at that point, it was pretty clear that some maybe you should do something about this.

Rowena: That makes sense. I think there’s a whole subculture of markets that sprung up around COVID. In South Africa, it was the alcohol market – that was banned, but it found its own way somehow.

Samuel: True. Now, within about two or three days, I think those customers were getting spoiled and they were saying, hey, we know you were bringing your own medicines to us like your own branded medicines. Can you bring other medicines like I need I need this medicine from this other manufacturer. Can you get it for me?

It’s like you’re asking Coke to make a delivery for Pepsi. It’s just not going to happen. Why should I take someone else’s brand and distribute

Samuel: It was a case of everyone was asking the same thing at the same time, and it was pretty evident that, okay, there’s something here.

Samuel: That was pretty much the light bulb moment for Remedial.